I Failed Matric 18 Years Ago 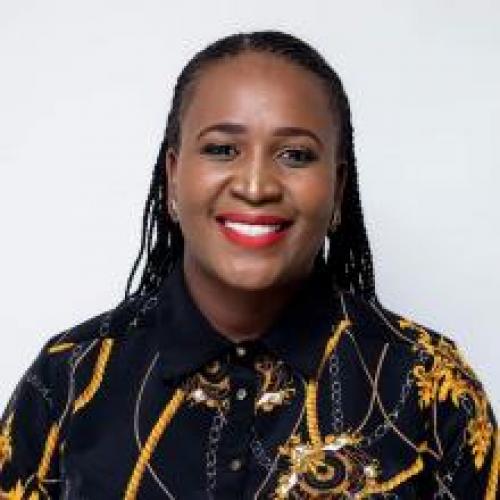 It was late January 2003 when the 2002 matric year end results were published in the newspapers. I was not excited, nor overwhelmed, but I did look forward to seeing my results. I woke up that morning and realised that I might not be able to see my results since I did not have money to buy a newspaper. Yes, money was real scarcity when I was a young adult. I carefully evaluated my options and realised that I could walk over to NAMCOL, and since I lived nearby, I could view my results there.

I guised up and went to NAMCOL, just to find that the results were not published on their notice board yet. Dismayed, I went back home and waited it out. In our days there were no SMS lines dedicated to result queries and I did not own a cellphone. My aunt, who I lived with, brought home a newspaper from work. I franticly started looking for my results and almost collapsed when I saw my name followed by a D, a few Es and Fs. My total mark over five subjects was a meager 13. My heart sank in my shoes, but I had to keep a positive frame of mind. I had a million questions running through my mind. Questions like, how will I improve my subjects without any money to register at NAMCOL, what type of job will I be able to get, and who is going to help me? During my time as a young adult, help was not easily accessible. People believed in the phrase; “every man for himself and God for us all.” Fortunately, I had a place to call home.

Despite my disheartenment, people began to ask whether I had passed or failed my matric, and I decided to own my story. I told them the truth without further explanation. I did not want to get trapped into an explanation I did not quite understand myself since I have always been an above average performing learner. I knew my results were not reflective of my intellectual quotient, and if afforded another chance, I would pass my matric. However, the likelihood was financially constrained. Knowing my circumstances, I knew that my next step was to go back to my mom and grandmother at the village, and devise the way forward with prayer, hope and belief.

After I returned home, I began brewing and selling a traditional Setswana beer known as Khadi. I sold one Vaseline pot of 400ml for N$2. Together with that, I also sold second hand clothes. My grandmother assisted me in the making of the Khadi and taught me how to determine when the brew was ready for selling. Most of my 2003 I spent at the village until I came back to Windhoek, where I had no home.

In the meantime I called the Setswana Radio and submitted my CV. I wanted to be a radio producer and presenter. With a failed matric certificate, I submitted my CV and hoped for the best. In October 2004, I was called to start training as a volunteer producer. The next month I was promoted to freelance presenter radio, where I translated and read the Setswan news.

In 2005, I got a scholarship to register for NAMCOL and passed with university entry marks for a Degree qualification. Yes, I passed! Today, I have completed one undergraduate degree in Journalism, one postgraduate degree in Communications and I am currently a 3rd year LLB student at UNAM. I will study for as long as I can to remain relevant to be broadly knowledgeable to reinvent myself at will.
My lesson learnt: Failing matric is not a death sentence. Accept your reality, stay positive, strategise and think BIG. Work towards improving your results and remind yourself of who you are, since only you know your true potential and ability. Understand that people do not owe you anything and use their lack of support as fuel to propel you into finding your own solutions and seeking help beyond the physical. If you come from a poor financial background, understand that your parents may not be able to help you register at NAMCOL, but that there is something you can do to raise funds. Do not give up, failing one exam session only means that you have to study harder and sit for the exam again. Failing is an integral part of learning, it shows that you have not learned or attained a satisfactory understanding of the subject matter. It doesn't mean that you cannot pass. Dust yourself off and try again. You are ABLE.